Award for doctoral theses in the field of entrepreneurship research 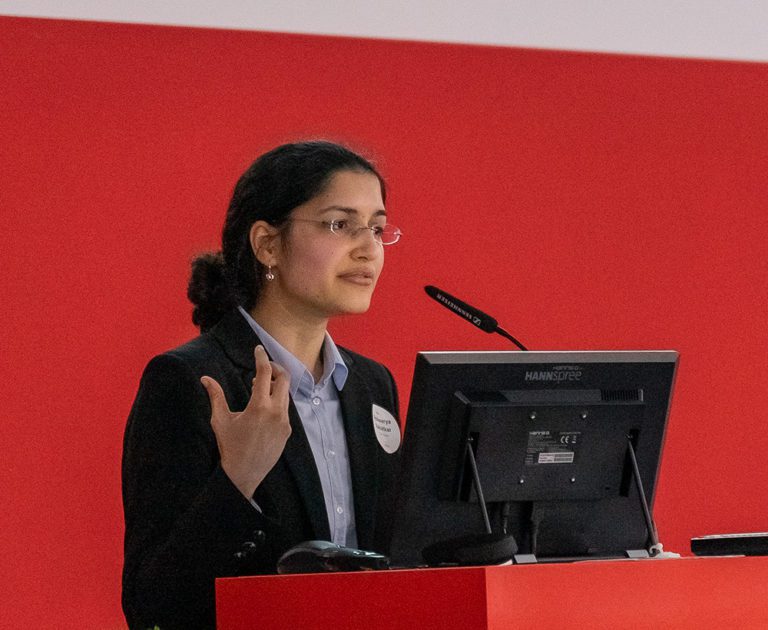 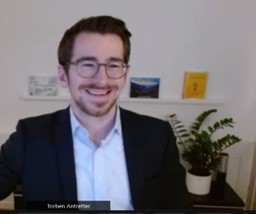 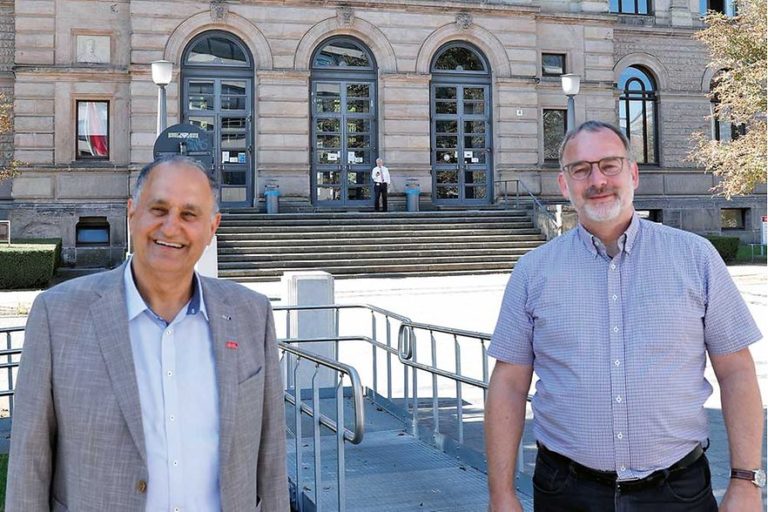 Stöbich Entrepreneurship Promotion Prize is awarded for the first time

Further information on the call for entries and the application can be downloaded here:

A jury with representatives from science and industry assesses the submitted dissertation according to defined criteria.

The award ceremony will take place at a networking event, probably in October 2023 in Braunschweig.

Young people who are willing to go the extra mile to push themselves to the limits commands respect and recognition, which we are very happy to support. In addition, we get to know aspiring young entrepreneurs whom we would like to integrate into our network. We live by this principle in the Stöbich Group.

Professor Dr. Reza Asghari has held the professorship for Entrepreneurship at the TU Braunschweig and Ostfalia University of Applied Sciences since March 1, 2009, and in this capacity is also head of the Entrepreneurship Hub based at both universities. The business information scientist earned his doctorate in 1997 on the topic of growth economics at the Institute of Economics at the TU Braunschweig and subsequently worked as an e-business consultant in the IT industry, most recently at Oracle Germany. From 2000 to 2009, he held the professorship for business administration, internet economics and e-business at Ostfalia University. Professor Asghari is not only the author of numerous publications in the field of e-business and e-government, but also an entrepreneur himself. With his “Institute for E-Business”, founded in 2001, he develops practice-oriented software solutions for municipalities, public authorities and medium-sized companies.

Born in 1962, he received a call to the professorship for Information Management and Organization in the Institute of Management of the Department of Computer Science at the University of Koblenz-Landau at the Koblenz Campus at the beginning of 2007, which he had previously represented on a term since 2003.

From 2016 to 2019, he served as Vice President of the University of Koblenz-Landau, responsible for research, transfer, internationalization and digitalization.

Prior to his time at the University of Koblenz-Landau, he was a research assistant at the University of Kassel, a visiting researcher and project leader of the Business Research Group Innovative Technologies and Entrepreneurship at the University of Cologne, Academic Director of the Euro Business College in Bonn, lecturer at the Kassel International Management School (KIMS), and managing co-partner of InterScience GmbH from 2001 to 2008.

He has been the founder and sole shareholder of VonKor GmbH since 2006. He is also the founder and academic director of the School of Entrepreneurial Design Thinking® (ED-School; www.ed-school.com) and the Central Institute for Scientific Entrepreneurship & International Transfer (ZIFET; www.zifet.de) at the University of Koblenz-Landau.

Under his leadership, the University of Koblenz-Landau was the only university in Rhineland-Palatinate to be awarded the excellence title “Gründeruniversität” (University of Entrepreneurship) by the BMWi.

His current project on entrepreneurship seeks to build a bridge of start-up support between Germany and Rwanda (see www.starfrica.de).

After studying business administration at the University of Cologne, he completed his doctorate in 1993 as a research assistant and assistant professor at the Chair of General Business Administration and Organization Studies at the University of Cologne on the topic of “Computer Supported Organization Design”. In the meantime, he worked as a freelancer and consultant for the Business Administration Institute for Organization and Automation (BIFOA) at the University of Cologne. Following his doctorate, he spent a postdoctoral year at the Sloan School of Management of the Massachusetts Institute of Technology (M.I.T.), Cambridge, USA. This was followed by various project management positions at the Chair of Information Systems at the University of Kassel, funded by the DFG, the Hessian Ministry of Economics, and the BMBF, among others. As a freelancer, he began consulting medium-sized and large companies such as the RWE Group in 1997. In the same year, he was invited as a visiting researcher to the Japan Advanced Institute of Science and Technology (JAIST), School of Knowledge Science, in Tokyo, Japan. From August 1999 to January 2000, he was a fellow of the Fritz Thyssen Foundation to conduct a study on “Knowledge Communication in the New Media Industry in New York City” as a Visiting Scholar at the Department of Information Systems, Leonard N. Stern School of Business, New York University.

Previously, he held the same position at Justus Liebig University in Giessen.

His research areas include theoretical and applied economic geography as well as innovation and sustainability in emerging markets, especially China. He has led numerous research projects on these topics, usually funded by the DFG or other third-party funders such as the Volkswagen Foundation, Alexander von Humboldt Foundation, DAAD, Stifterverband, or federal and state ministries.

In addition, Ingo Liefner has organized numerous conferences and technical meetings and participates as a reviewer, expert or consultant in a wide range of research activities, research institutions and scientific management organizations.

Prof. Dr. Susanne Robra-Bissantz studied business informatics at the Friedrich Alexander University in Nuremberg, where she also completed her doctorate and habilitation.

Since 2007, she has headed the Institute for Information Systems at the Technical University of Braunschweig.

With her team, she conducts research in the area of digital services, with a focus on person-centered services, whose value creation, interactions, and ecosystems she explicates and digital designs on the basis of service logic. For this purpose, special methods in service (ecosystem) design emerge. In this environment, Susanne Robra-Bissantz is interested in how collaboration between interacting actors (e.g., between customers and companies or in interest groups) arises and how it is digitally promoted.

The institute regularly brings its findings into practice, whether in lectures, continuing education courses or in cooperation with companies as well as in projects, for example of the BmBF. It presents its research results at national and international conferences (e.g. ECIS, ICIS, AMCIS, GeNeMe, DESRIST). Robra-Bissantz is editor of HMD – Praxis der Wirtschaftsinformatik.

Prof. Dr. Jelena Spanjol, PhD, is head of the Institute for Innovation Management (IIM) at the Munich School of Management, Ludwig-Maximilians-Universität (LMU) in Munich, Germany. She is also co-founder and Chair of the Board of Directors of the LMU Innovation & Entrepreneurship Center (IEC). Prior to joining LMU, she held faculty positions at the University of Illinois at Chicago (UIC) and Texas A&M University. She received her PhD from the University of Illinois at Urbana-Champaign. Jelena’s research examines innovation dynamics across micro-, meso-, and macro-levels. Her current projects explore, among others, the holistic value management principles in innovation, customer co-development for responsible innovation, and entrepreneurial narratives around impact strategies. In addition, her research examines consumer journeys and resulting innovation opportunities in healthcare services. Her work has been published in leading academic journals, including the Journal of Marketing, Journal of the Academy of Marketing Science, Journal of Product Innovation Management, Journal of Service Research, Journal of Public Policy & Marketing, Marketing Letters, Journal of Business Ethics, Journal of Business Research, Health Psychology, Information & Management and in various book chapters. She currently serves as Editor-in-Chief (with Charles Noble) of the Journal of Product Innovation Management, the leading academic journal for innovation management and New Product Development issues.

More about the research project of Aishwarya Kakatkar

Dr. Kakatkar’s research specifically examined how entrepreneurial ideas and the relationships in founding teams develop. An important aspect of the research included how founders develop persistent and extreme exhaustion and how they recover from this exhaustion.

The structural understanding gained about how knowledge and insights are organized and distributed in teams has a major impact on how the team approaches problem solving and decision making. This then determines, for example, the strategy with which the startup enters the market and the growth strategy it chooses, i.e. ultimately the company’s success.

Dr. Kakatkar has presented her research results at important international academic conferences on entrepreneurship and management. One of her conference papers was published as a best paper in the Academy of Management Best Paper Proceedings 2021.

The results of her research have practical relevance for the startup ecosystem. Founders, but also supporters along the start-up process, will be shown how development and decision-making processes work in a team and how a possible “founder exhaustion” can be prevented.

More about the dissertation by Torben Antretter

Dr. Antretter’s research project is characterized by innovative AI approaches and the successful transfer of scientific findings into an economically relevant application.

His research focuses on developing ways to predict the likelihood of survival of startups after their founding. He placed a particular focus on evaluating the appearance of startups in social media, especially Twitter.

As a result, he was able to show that artificial intelligence could generate better investment returns than humans, although experienced investors still often achieved higher returns. For less experienced investors, however, the algorithms developed could serve as good guidance.

The commercial use of Dr. Antretter’s research has the potential to lower the barrier to entry in potential startup investments. This could make it easier for innovative start-ups to close the critical capital gap that exists today in terms of start-up financing.

About the award’s namesake

Stöbich Brandschutz GmbH develops, manufactures and installs individual and series solutions in the field of structural fire protection worldwide and is one of the most innovative and globally leading companies in the industry.

The Goslar-based family business has its origins back in 1978, when a major fire in a Bahlsen factory caused millions of euros worth of damage because the fire was transferred to several parts of the factory through wall openings via conveyor systems.

It was precisely for these openings in walls and ceilings that Dr.-Ing. Jochen Stöbich designed the first fire protection closures for continuous conveyor systems – the impetus for the founding of Stöbich Brandschutz and the basis of its success story to this day.

Stöbich sells worldwide through its own branches (four national branches in Goslar, Bopfingen, Unna, Halle/Queis), 10 foreign branches as well as through more than 50 international sales locations/distributors.

To build a business, you first need the courage to overcome your fear of failure. Later success requires perseverance, remaining true to one's goals even in the face of setbacks, and above all, tireless commitment.

The creation of innovative startups from universities is very important for our economy and society. I myself once started as a startup. Today, my company is the global market leader in our industry. I hope that this award will help entrepreneurship research in Germany to gain more importance and that young academics will found more technology companies.

In 1979, Dr. Ing. Jochen Stöbich had the “sparking” idea: In a major fire at the Hanover-based cookie manufacturer Bahlsen, the damage would have been 6 million DM less if the fire had not spread to other areas of the hall via the conveyor systems.

As the inventor of the fire protection closure for conveyor-bound systems, he founded the company Stöbich Brandschutz in 1980 and started production in a small workshop in Goslar.

In the meantime, the company has become the global innovation leader in preventive fire protection thanks to numerous new developments and over 200 patent applications. The company has now developed 11 world firsts in this field and successfully launched them on the international market.

Today, the group of companies has 1,030 employees and generates a sales volume of around €100 million.

Ten Stöbich foreign companies as well as eleven other companies in “related” industries belong to the Stöbich Group.